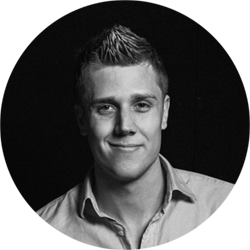 Carl Edlund is a VFX Artist with over a decade of international experience creating photo-realistic Matte Paintings, Digital Environments and Concept Art for the film and television industry worldwide.

He started his career in Stockholm, Sweden, but soon found himself in London fullfilling his lifelong dream of working on feature films. From there he moved to Australia, where he lived and worked in different cities such as Melbourne, Brisbane and Sydney.

His professional experience includes working on multiple award winning projects for renowned companies such as Framestore, The Moving Picture Company (MPC), Cinesite, Iloura, The Mill and One Of Us, amongst others, as well as over 10 years working as a Freelance, both remotely and on location for companies based all around the globe.

Carl Edlund has given different conferences about the invisible art of Digital Matte Painting in Stockholm and he was part of the Oscar Award winning team behind Gravity under the category of "Best Visual Effects".

3D ENVIRONMENTS
Building both small and large scale environments/assets from concept to finished shot.
Combining the strength and flexibility of multiple softwares to reach a high level of realism.